On Instagram, Michella had actively shared her pregnancy journey with 305K followers. And now that she has given birth to triplets, the new mom hasn’t stopped leaving her audience speechless. On January 16th, Michella welcomed Charles, Gabriel, and Theodore via a C-section in Copenhagen before her due date.

She had the longest labor, which she dubbed the wildest that left her even having trouble breathing normally.

Months after giving birth, Michella has been posting photos of her sunken belly with black marks. Experts alleged it’s a condition called Diastasis Recti, where the left and right abdominal muscles separate to make more room for the lower abdomen with the uterus protruding and is entirely normal despite some minor complications. 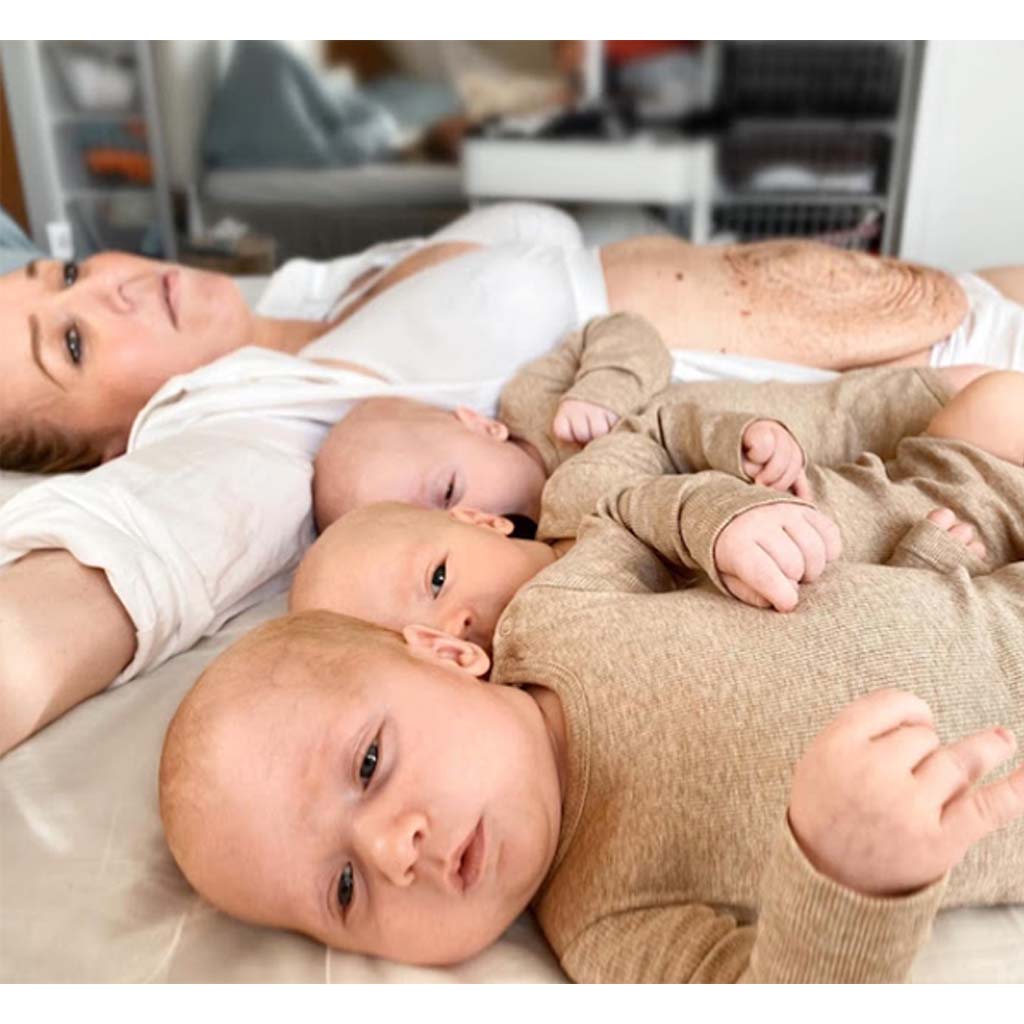 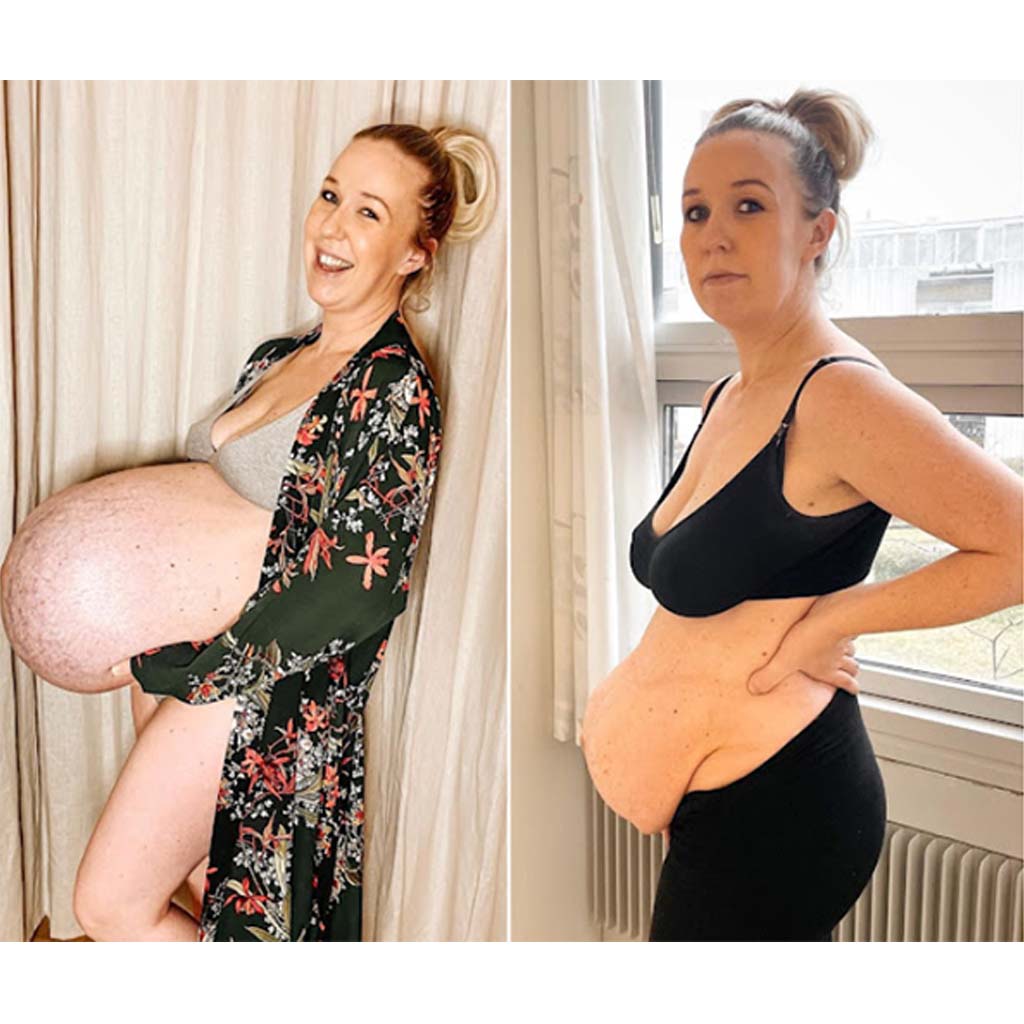 Michella’s baby bump photos had mainly made her famous as they went viral on different social media platforms.

The last video of her bump before delivery had been taken at 35 weeks and two days where she had to carry her bump to show just how long it was. It was captioned: “The day before the day. Tomorrow morning we’ll be a family of seven.” Michella had given birth to a pair of twins before, which added to her feeling overwhelmed at this time.

Her pregnancy post had scared people for her as it was doubtlessly huge! 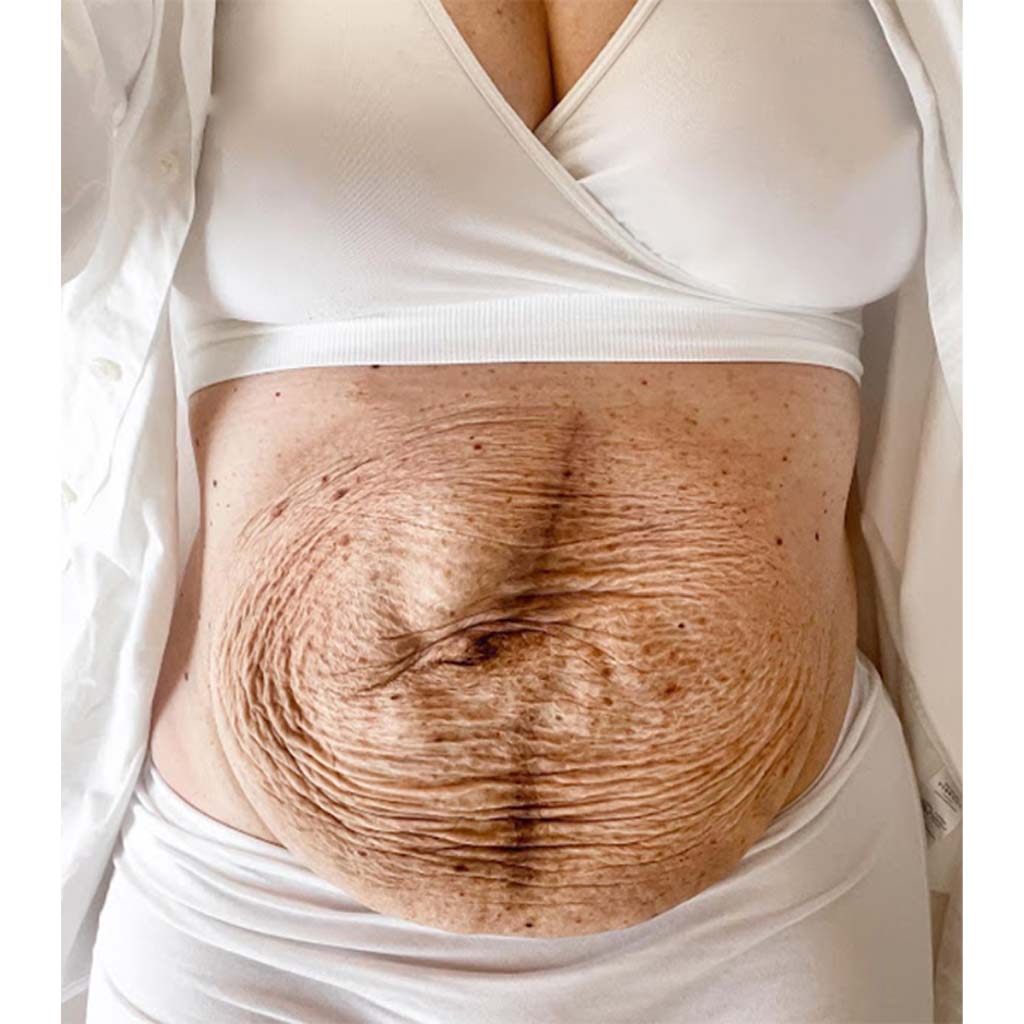 However, it’s been exciting and stressful for Michella to watch how her body plans to heal. And so far, the Danish mom-of-five is doing great and seems to inspire other women with her journey. Interestingly, Michella had even been dubbed a SUPER HERO, with most saying she has downright been incredible.