When the Baywatch star was 23 years old, she co-starred as Lisa the Tool Girl on the sitcom opposite the then-37-year-old Allen’s character, Tim Taylor.

In her upcoming memoir, Love, Pamela, the now-55-year-old actress alleged that the Buzz Lightyear voice actor exposed himself to her on the first day of filming for the TV series, something he has strongly denied.

In an extract from her memoir obtained by Variety, Anderson wrote: “On the first day of filming [Home Improvement], I walked out of my dressing room, and Tim was in the hallway in his robe. He opened his robe and flashed me quickly – completely naked underneath.” 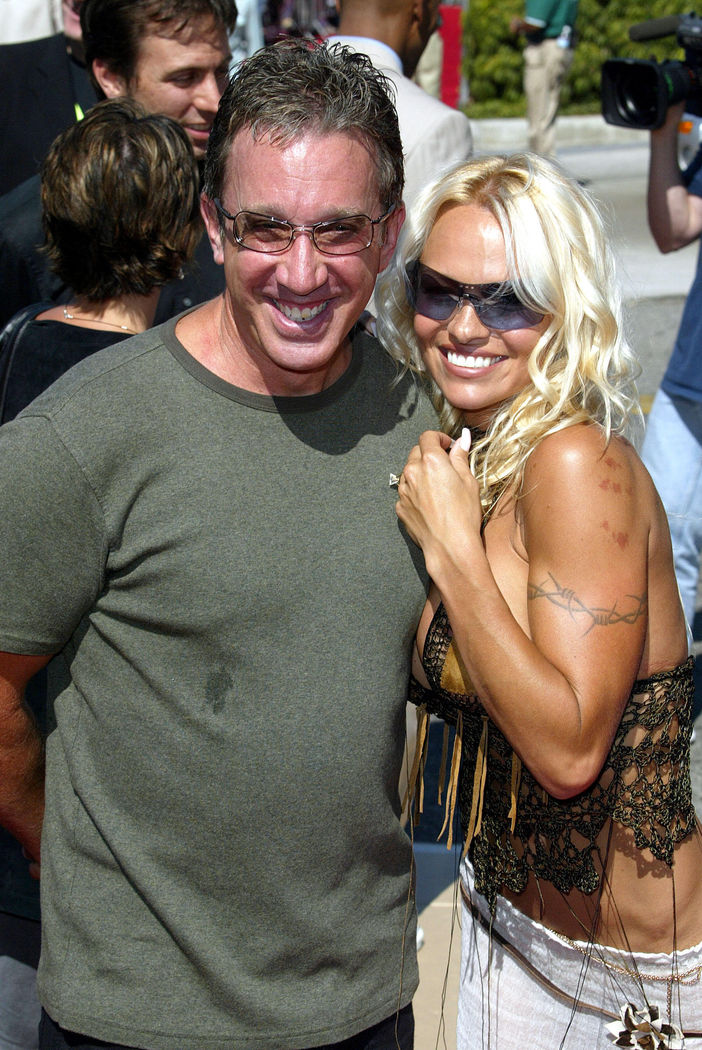 Tim Allen and Pamela Anderson in 2002. Credit: Allstar Picture Library / Alamy
According to the actress, Allen’s excuse for flashing was because he had seen her naked in Playboy images so he said that “it was only fair,” however, the alleged incident left Anderson feeling very uncomfortable.

In 1989, the model made her debut in Playboy magazine and the following year, she had become a prominent Playboy model and was selected as Playmate of the Month, propelling her to sex-symbol status.

Her claims were quickly denied by the Santa Clause star, who told the publication in a statement: “No, it never happened. I would never do such a thing.” 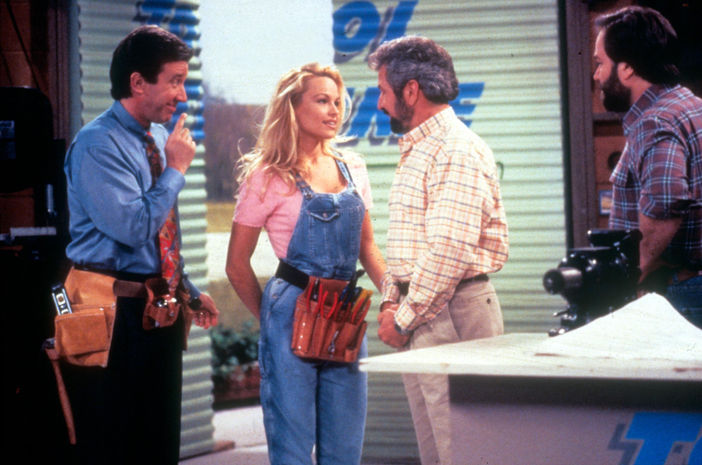 Pamela Anderson on the set of Home Improvement with Tim Allen. Credit: Moviestore Collection Ltd / Alamy
Along with her memoir, Anderson’s story will also be shared in the upcoming Netflix documentary film titled Pamela, A Love Story which is directed by Ryan White.

The film will portray the former Playboy model’s early beginnings in British Columbia, Canada, to her extraordinary rise to fame in the 1990s.

A big focus will be on her search for love and her highly publicized romantic relationships – including her perspective on the infamous sex tape leak with her ex-husband, Motley Crue drummer Tommy Lee.

In the trailer, which was released on January 10, Anderson speaks as a voiceover while they show never-before-seen footage of her personal and professional life, as well as extracts from her personal archives.

At one point, the actress says: “I wanna take control of the narrative for the first time,” which could be a testament to how she felt about the controversial drama mini-series Pam and Tommy.

Pamela, A Love Story will be streaming on Netflix from Tuesday, January 31.